← more from
Dirty Science
Get fresh music recommendations delivered to your inbox every Friday.

Its Not You Its Me (Mixtape) 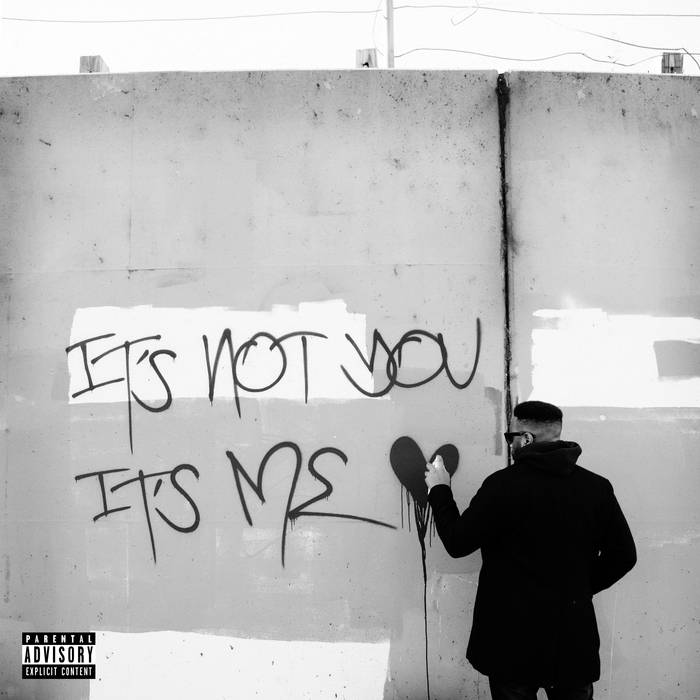 Carrying the torch for griots across every region throughout multiple decades of Hip-Hop, Cashus King’s influences amount to a melting pot that’s both an acquired taste and a sound familiar to the chosen few who can fully grasp his left of center approach. Secluded from the public eye unless he’s speaking through music, he injects self-determination within his art and turns his thoughts inward towards growing into his best self as a man and as an artist. Traditionally releasing projects centered around love each Valentine’s Day, It’s Not U...It’s Me has Cashus King introspectively addressing his own strengths and flaws instead, making for a worthy extension of the Dirty Science crew’s long running track record of hard hitting autobiographical work.

A product of sunny LA’s hard times, Cashus King’s developmental stages presented a number of diverse perspectives. A privileged Catholic school background would go on to find him well acclimated with gang culture in the city’s historic Leimert Park after his father’s tragic passing. Explaining this casual affiliation in a section of town associated with the progressive bohemian Project Blowed movement, Cashus says “Leimert has a really rich black culture as far as art and music go, but it’s in between two Crip gangs. The Rollin 40s are going south and the Rollin 30s are going north. I was allowed to be myself and never pressured to join a gang, but that element gave me somewhere to go and a sense of belonging.”

Always in tune with his emotions as he pursues inner zen, Cashus King has mastered his craft by studying limitless source material from elite Hip-Hop predecessors. Showing love to his home before anything, he says “I was greatly influenced stylistically by Aceyalone, but everything from the early ‘90s into the 2000s had an impact on me.” Delving further into influences that have catalyzed his output, Cashus explains “A lot of people can be closed minded about other sounds, but I was even a big fan of No Limit acts like Mac, Fiend and Master P. Big Rube on Outkast’s ATLiens influenced me to get into poetry and spoken word and Twista had me obsessed with rhyme schemes. But it was 2Pac’s Me Against The World that had the greatest influence on my subject matter, that album told me it was okay to be sensitive and talk about things like your mom, your pain, depression and insecurities.“

WIth It’s Not U...It’s Me being the first in a long line of planned releases, Cashus King expects 2019 to be his most prolific year yet. Continuing to speak his personal truths to whoever’s willing to listen, he takes a humanitarian approach to figuring life out, saying “I don’t derive my moral code from religion. You have to choose a path of light or dark and develop an internal drive to be a good person, some days I mess up and do the wrong thing, but I try to do the right thing.”

Sharing space amongst LA’s underground elite while going unrecognized compared to some of his peers, Cashus King takes responsibility for this obscurity with the same stark sense of self-awareness that’s contained within his verses, noting “I’m reclusive and it’s affected my music. This is a social industry, you have to get out there, talk to people and build connections. It’s not about how productive you are if the people don’t know the music is out there.”

Bandcamp Daily  your guide to the world of Bandcamp

Little Brother joins the show to discuss their beautiful journey, plus tunes from Fat Tony